By Alan Weiss – Excerpt from the book, Cracking the Business Code

The following are some suggestions and advice from American Language Services. 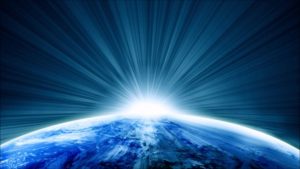 The three predominant business cultures of Asia are Chinese, Japanese, and Indian, and they are so different that each has to be treated separately. However, there are a few common elements to almost all of Asian business:

• Asians tend to be less individualistic than Americans and less anxious to stand out.

• Asian business practices are more formal. Dress conservatively, be on time, and use people’s formal titles.

• Giving offense or causing embarrassment for a negotiating partner is extremely damaging to any future business relationship.

• Saving face, and allowing your counterpart to save face, is extremely important, so it’s equally important to find euphemistic ways of saying “no,” such as, “We will consider your idea” or “I must study your proposal further.”

• The status of the westerners convening or attending a meeting is always noted by Chinese hosts, and they will resent having to deal with someone they consider of low rank in your organization.

• When setting up a meeting, be aware that it will be in Chinese and it is up to you to bring an interpreter. Many Chinese understand at least some English, but it will not be used in a meeting.

• Business cards are vital, and should be printed in English on one side and Chinese on the other. Be aware that the written and spoken form of Chinese is very different in Taiwan and Hong Kong than in the rest of China, and prepare accordingly. Treat an offered card with respect and examine each one before putting it away carefully.

• Hierarchy rules every business meeting and transaction. At the start of a meeting, the highest-ranking person enters the room first. Each delegation’s leader introduces his team, and then business cards are exchanged.

• If your company is the biggest, the oldest, or the best, don’t be shy about saying so; prestige and prosperity are openly respected in China. Presentation materials should never look “low rent.” Printed materials should be on quality paper. Bring more than enough copies for everyone.

• Be patient and be careful not to show anger or animosity.

• Japanese business is generally face-to-face, and people prefer to do business with someone they’ve met.

• Although most Japanese in business speak English, and meetings may sometimes be conducted in English, it would be wise to bring your own interpreter, not just to clarify points but also to keep the Japanese side aware that you’re capable of understanding their internal talk.

• Meetings tend to be communal, with each nationality’s “team” introduced at the start of a meeting. Do not address individuals, as a rule, but the whole room. The seating arrangement at meetings is up to the host and done strictly by rank. The bosses are seated first, and at the end of a meeting they are the first to get up. The most senior person on the Japanese side will often say very little, allowing his staff to handle the meeting while he observes it silently.

• Business cards should be in English on one side, Japanese on the other. Get the finest printing you can, and never give anyone a card that isn’t perfect. As everyone knows, the exchange of business cards is an important Japanese ritual. The card is equated with the person offering it; it should be accepted with both hands and carefully examined.

• Taking copious notes in a meeting is a sign of respect. Don’t use a red pen or pencil to write someone’s name, not even your own — it’s a sign of death.

• Gift giving is common and a western businessperson should have a hierarchy of gifts, from the most senior to the most junior Japanese counterpart.

• Like the rest of Asia, the boss is king, and corporate relationships are strictly governed by rank. Decisions are made at the top, so always seek to meet with the highest- 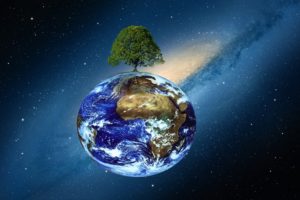 ranking counterpart that you can.

• Words like sir, madam, Mr., and Mrs. are still used with everyone in India. Politeness is prized.

• Things take time in India, and schedules are frequently adjusted accordingly. Americans generally prefer to focus on one thing at a time; business practices in India are attuned to tending to many things at the same time. Schedules are padded because interruptions are common and expected.

• Always be polite in negotiation, even if you also have to be firm. Even staged tantrums are considered very bad form.

• Indians like small talk. It is considered rude to plunge right into business discussions, though that rule is increasingly going by the wayside in especially westernized industries like media.

• Business cards are not the fetish they are in China or Japan, but carry plenty of them. English only is fine.

• Although Europe is gradually becoming less formal, conservative business dress and elaborate politeness is still the rule. Always be careful to address people formally, as Mr., Mrs., or Ms., and be sure to use their academic rank and job title as well, especially in northern Europe.

• A handshake is quick and ceremonial, not a “grip and greet.” Expect to shake hands at the end of a meeting as well. Always extend a greeting to a meeting participant before asking a question of them.

• As a rule: Punctuality is a business must in Europe, but much of southern Europe has a slightly more relaxed attitude. Showing up early for a meeting would seem rude in Spain; but in the UK, Scandinavia and Germany, not showing up early would be rude.

• Small talk, personal questions, and banter are parts of a meeting in Mediterranean and southern countries. In the north, it’s more common for the highest ranking person at the meeting to start right into business.

• Bring business cards — English only is fine — but more and more Continental businesses are using e-cards and other unconventional media in place of paper cards, a statement of Euro style as well as ecology.

• Though most Russians in business speak English, bring an interpreter anyway. Gestures like having meeting documents translated in advance into Russian, and having one side of your business card printed in Russian are important and appreciated marks of respect. Cards aren’t handled with the near-awe they receive in China and Japan but they should still be treated with care.

• Shows of emotion and anger, threats and walkouts are not uncommon business strategies, and negotiations can be more uninhibited, in fact heated, than elsewhere.

• It is considered bad form to use heavy sales pressure in Russian business meetings, which often take the academic-seeming form of opposing panels of experts who expect detailed, factual presentations.

• Business negotiation in Russia takes time and patience. Don’t expect quick results. No agreement is final until a contract is signed.

• Connections and connectedness are extremely important in Latin American business. You will be judged by the person who introduces you, and that impression is hard to change later, so choose carefully. You may also be judged by how senior a person you are meeting. 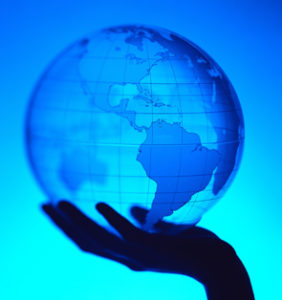 World in Hand by Petrix5

• Punctuality is important but be patient if your host runs into unexpected scheduling delays. It is essential to confirm and reconfirm upcoming meetings, days in advance.

• Initial meetings will be formal and frequently slow paced by comparison to North America or Asia. Agendas may end up being stretched over several sessions. Travel flexibility can be important in completing a deal.

• Hire your own interpreter, even if the local host company provides one, for much the same reason that you would bring your own lawyer to a signing.

• Personal acquaintanceship is essential in Latin American business; personal trust is essential to success. Expect to make repeated, unhurried meetings both formal and informal. Pushing for a quick deal is still considered rude.

Permission is needed from Lighthouse Consulting Services, LLC to reproduce any portion provided in this article. © 2016

Alan Weiss is the Vice President of Sales for American Language Services (ALS-Global). For over a quarter of a century ALS-Global has provided translation, interpretation, transcription and media services (dubbing, voiceovers & subtitling) services. Alan has over 25 years of experience in international sales and client relations. He is well versed in working with international clientele and has a deep understanding of international business etiquette and how it differs from culture to culture in different parts of the world. Alan is a graduate from Western Michigan University in Kalamazoo, Michigan and has earned a Bachelor’s degree in International Business with a minor in Business Communications. Alan can be reached at 310-829-0741, ext. 304 and alan@alsglobal.net.

Is Your Performance Appraisal Program Motivating?

Are You Prepared to Lead the Way – or Has Fear Got Your Focus?
Scroll to top